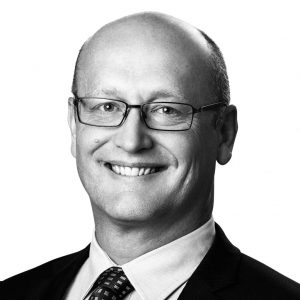 Tom has extensive experience as a litigator and has appeared as Counsel in all State and Federal Courts, with the exception of the High Court.

Tom specializes in matters arising out of the Corporations Act, particularly in relation to directors’ duties, corporate governance and insolvency. He regularly advises individuals, directors of SMEs and large organisations on directors’ duties, governance issues, compliance and risk arising not only from the Corporations Act, but also in relation to the Privacy Act, Personal Property and Securities Act and the Australian Consumer Law.

Tom advises individuals, directors, liquidators, secured and unsecured creditors and businesses on all aspects on insolvency and reconstruction. Tom is a professional member of the Australian Reconstruction and Insolvency and Turnaround Association. He has acted in, advised on and written about Board disputes, recovery actions by external administrators and bankruptcy trustees, directors’ duties in an insolvency context and fiduciary duties of office holders.

Tom has particular expertise in the effect of insolvency on property rights and he regularly advises liquidators, trustees in bankruptcy, property owners, property managers, lessees and lessors about the impact of external administration on property ownership, building projects, leases, licences and planning issues.

Tom has wide experience in property disputes. Property litigation which Tom has been involved in includes disputes over valuations, legal and equitable ownership, leases, easements, rights of way and adverse possession.