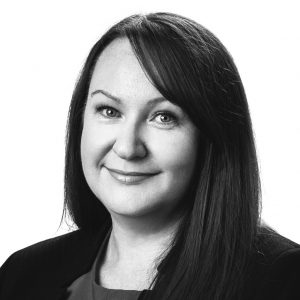 Carol is an integral part of Kott Gunning’s Government, Planning & Environment team and is significantly involved in prosecutions for local authorities. Carol regularly appears in various metropolitan Magistrates Courts, conducting regulatory prosecutions on behalf of local government relating to planning, building, health, food, dog and parking offences. She undertakes the day to day management of the prosecutions practice conducting approximately 80 prosecutions a year under the Metropolitan Water Supply, Sewerage and Drainage By-laws 1981 and the Water Services Regulations 2013. Carol also conducts proceedings in the Magistrates Court relating to breaches of the Residential Tenancies Act 1987 on behalf of the Housing Authority. Carol is involved in all stages of preparation for a prosecution, including:

Carol has also appeared as counsel in the State Administrative Tribunal in relation to reviews of statutory notices issued by local governments and more recently, appeared as junior counsel in the Supreme Court of Western Australia in relation to an appeal against a successful local government prosecution. In addition to representation in Court, Carol regularly provides advice on: