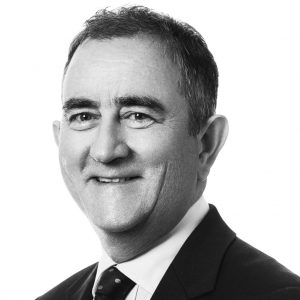 Stephen is a partner in Kott Gunning’s Insurance and Risk practice group.

Since 1987 he has practiced almost exclusively in insurance law, and joined Kott Gunning in 2007 after being an insurance partner at Pynt & Partners and Freehills.

Stephen’s clients include insurers, self-insurers and industrial and commercial corporations. His experience spans:

Stephen has, for many years, been a member of the Australian Insurance Law Association (AILA), and served as a committee member, state chapter secretary and state chair. He also served on the national board, eventually becoming national vice president. He became a life member of AILA in 2019.

He retains a strong interest in legal practice management, having been a committee member of the Australian Legal Practice Management Association.